It was an event that every Crystal Chair Ball chair lives for and dreads. For 2018 CCB Chair Claire Emanuelson, it was the evening of Wednesday, March 27. In the Hall Arts Residence Showroom, the New Orleans transplant admitted that the past year had flown by. Now, the “fruits” of her and her committee’s labor were benefiting eight Dallas children’s nonprofits … END_OF_DOCUMENT_TOKEN_TO_BE_REPLACED

Despite 2019 Crystal Charity Ball Chair Pat McEvoy being in overdrive to raise funds for this year's children's nonprofits, the Crystal Charity 2018 committee officially closed the books on its year of fundraising on Wednesday, March 27. It was the check presentation of $6,501,105 at Hall Arts Residence’s showroom. While the eight Dallas County children's nonprofits … END_OF_DOCUMENT_TOKEN_TO_BE_REPLACED

Despite the need to build an ark, North Texas philanthropists steered their way to Brook Hollow on Wednesday, October 17, for Crystal Charity Ball’s Circle of Angels seated supper sponsored by Deloitte. This group is considered the top-most tier of the CCB donors, providing $25,000 or more to benefit this year’s Dallas children’s nonprofits including After-School All-Stars … END_OF_DOCUMENT_TOKEN_TO_BE_REPLACED 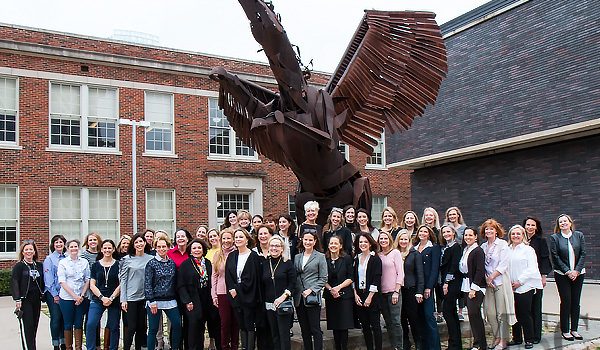 Just days after announcing the 2018 Crystal Charity Ball beneficiaries, the CCB committee members boarded a bus early on Thursday, February 15, for the committee to get a firsthand look at the beneficiaries. While the initial fear was that some of the ladies would have to double up on the padded seats, it turned out not to be the case. At the last minute, some had to cancel to … END_OF_DOCUMENT_TOKEN_TO_BE_REPLACED

After a thorough vetting of the 2018 beneficiaries, the Crystal Charity Ball committee boarded a bus on the morning of Thursday, February 15. They weren't going to Oklahoma to gamble. Rather, they were visiting the eight Dallas children's nonprofits (After-School All-Stars, Booker T. Washington High School, Boys And Girls Club Of Greater Dallas, Buckner Children And Family … END_OF_DOCUMENT_TOKEN_TO_BE_REPLACED