When the pandemic ended many needed services and programs, Cancer Support Community North Texas’ (CSCNT) clubhouses in Dallas, Collin and Tarrant counties had to transition to digital support for cancer patients and their families. But on Monday, August 2, the plan calls for the clubhouses with their “warm, welcoming and home-like space” to open their doors for in-person … END_OF_DOCUMENT_TOKEN_TO_BE_REPLACED

With exactly four months until Dallas Summer Musicals’ 2021 An Evening With The Best Of Broadway takes place, Event Co-Chairs Cindy and Scott Collier and Sara Lee and Stan Gardner are celebrating. The reason? The fundraising event that isn't until Saturday, November 20, at the Music Hall with a full performance of “Hamilton” on stage is already sold out. In addition … END_OF_DOCUMENT_TOKEN_TO_BE_REPLACED

Blonde Kim Hext’s track record for throwing a fundraising party is pretty impressive. There was the 2018 Zoo To Do that at the last minute had to fall back for Plan B when rain made the outdoor event a no-go. But when the Plan B hotel 'fessed that it wasn’t going to live up to its commitment, Kim pulled things together for a great old night at another venue with guests posing … END_OF_DOCUMENT_TOKEN_TO_BE_REPLACED

In Dallas it’s known as the Tutu Chic. In Fort Worth it's called the Caren Koslow Fashion Show. Both fundraisers for Texas Ballet Theater are held during the days just following Thanksgiving and before Christmas festivities swing into high gear. In years past the Stanley Korshak fashions have been modeled by TBT ballerinas. But after a year’s hiatus, a change of clothes has … END_OF_DOCUMENT_TOKEN_TO_BE_REPLACED

Since launching its program in 2017, Poetic has “provided 24/7 access to evidence-based trauma therapy, art therapy, an on-site school and paid internships for girls (aged 12-18+) with a history of complex trauma.” According to Poetic Co-Founder/CEO Dr. HaeSung Han, “Juvenile justice-involved girls who have experienced complex trauma are most vulnerable to re-victimization … END_OF_DOCUMENT_TOKEN_TO_BE_REPLACED

The morning of Tuesday, June 22, was a rarity. Despite the 90-degree heat of the past days, a cold front had swept thru North Texas during the night resulting in morning temperatures in the 60s. It was to be a one-day reprise from the summer heat. By 10 a.m. the temperatures had risen to the upper 70s, making it perfect for The Senior Source’s Diamond Dance-Off finals at … END_OF_DOCUMENT_TOKEN_TO_BE_REPLACED

Mother Nature gave The Senior Source a break with cooler temperatures and bright sunshine for its Diamond Dance-Off at Klyde Warren Park on Tuesday, June 22. After weeks of entrants submitting videos of their dance moves to be judged, the big day had arrived with the winners of the four categories — solo, partners, group and generational — competing for the Diamond Dance-Off … END_OF_DOCUMENT_TOKEN_TO_BE_REPLACED

North Texas is known throughout the world for having the most fashionable folks on the planet. The seeds were planted back in the early 1900s by Herbert Marcus Sr. and his sister Carrie Marcus Neiman. Over the decades those seedlings have grown, resulting in not just renowned retailers planting roots here but North Texas becoming an incubator for tomorrow's designers. With … END_OF_DOCUMENT_TOKEN_TO_BE_REPLACED

There's been all that talk about how New Yorkers and Californians are up and moving to North Texas. For all new arrivals, Diane and Hal Brierley are the perfect role models to have. They moved to the area from the East Coast back in the 1980s with their entrepreneurial spirit and invested in the community by supporting countless non-profits. One category in particular was the … END_OF_DOCUMENT_TOKEN_TO_BE_REPLACED

For eight decades North Texas' own Dickey’s has been serving up all type of barbecue. On Thursday, October 28, it's going to celebrate its 80th anniversary with a party at The Rustic. And like any celebration, there will be loads of food, drinks, friends and music. That last one has The Dickey Foundation searching for just the right source for the opening band. Instead … END_OF_DOCUMENT_TOKEN_TO_BE_REPLACED 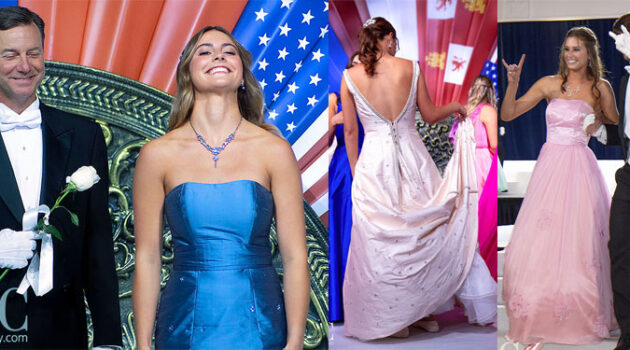 Looking over the black-tie crowd in the foyer of the Anatole’s Chantilly Ballroom on Saturday, June 5, La Fiesta de las Seis Banderas Co-chairs Michaela Dyer and Kim Quinn were grateful that the weather hadn’t interfered with any of the week’s activities. True, the night before the Fiesta Under the Stars had had its issues with air conditioning and valet parking. But that was … END_OF_DOCUMENT_TOKEN_TO_BE_REPLACED