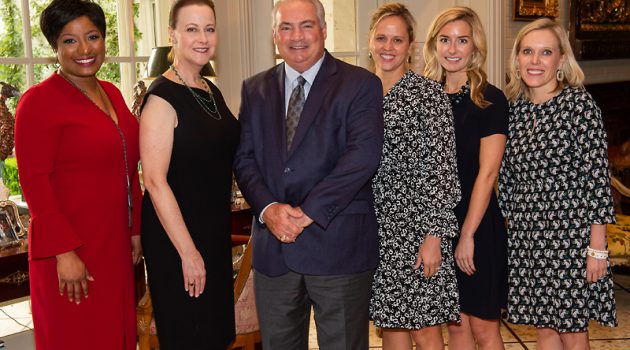 When more than 60 guests gathered on Tuesday, October 9, for the launch party for New Friends New Life's 20th Anniversary Luncheon, the nonprofit's milestone luncheon was exactly 30 days away. And according to NFNL CEO Kim Robinson, that was probably a good thing. "We've still got some work to do," Kim told the kick-off crowd at the home of Gigi and Roy Salley. "We still need … END_OF_DOCUMENT_TOKEN_TO_BE_REPLACED