It seems like it’s been ages since the third floor atop Highland Park Village's Chanel and Starbucks has been under construction to create the so-very-exclusive Park House. Goodness, airline security should have such vetting of guests. Woe to the poor soul who should break the house rules. Well, leave it to the Dallas Chapter of the Kappa Kappa Gammas to pass muster and hold … END_OF_DOCUMENT_TOKEN_TO_BE_REPLACED

Those Kappa Kappa Gammas once again were ahead of the seasonal game by inspiring holiday entertaining with their annual Tablescapes festivities at the Dallas Country Club on Monday, October 16, and Tuesday, October 17. Even Tablescapes Luncheon keynote speaker Mark D. Sikes was taking cellphone shots at the scene at Tablescapes by Candlelight. Thanks to 2017 Tablescapes … END_OF_DOCUMENT_TOKEN_TO_BE_REPLACED

A couple of MySweetCharity favorite words were just reported — Sold out! And they were just reported by Kappa Kappa Gamma Tablescapes 2017 Co-Chair Mary Hubbard. The Tuesday, October 17th luncheon and talk at the Dallas County Club by the incredible Mark D. Sikes is at total capacity. However, Mary has good news for anyone who is sick and tired of Monday night TV watching … END_OF_DOCUMENT_TOKEN_TO_BE_REPLACED

The Kappa Kappa Gammas’ Tablescapes Luncheon Tuesday, October 21, at the Dallas Country Club is sold out. The luncheon is going to be spectacularly gorgeous with Alex Hitz speaking. Boy, does he have a story to tell! He spent part of his youth in Europe, but learned about cooking from the family’s Southern cook, Dorothy Williams. Combine that with his parents’ love of French … END_OF_DOCUMENT_TOKEN_TO_BE_REPLACED 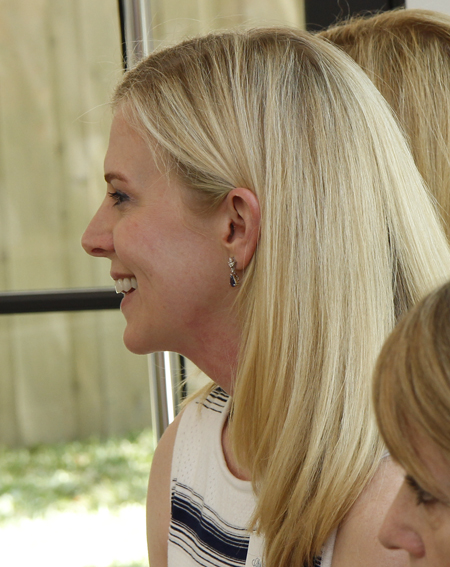 Those Kappas already are thinking of Fall. That’s why  Amy Jent's home was filled to the rafters at noon on Wednesday, April 23, to hear Tablescapes Co-Chairs/real-life-sisters Christine Flanagan and Caroline Williams report on plans for the 20th anniversary of Tablescapes. First the details. The ladies-with-the-keys will once again take over the Dallas Country Club to … END_OF_DOCUMENT_TOKEN_TO_BE_REPLACED

Warned you! Tablescapes by Candlelight is sold out. So, don't even think about showing up at the door with money in hand. OK, so maybe if you have a handful of greenery that amounts to four figures, you just might get in. Otherwise, you're just going to have sit at home watching "Dancing With The Stars." BTW, Tablescapes' man-of-the-table settings James Farmer has been at … END_OF_DOCUMENT_TOKEN_TO_BE_REPLACED