Sherwood Wagner does nothing on a mini-scale level. So, the Art in Bloom patron guests had quite a flora experience at her Preston Hollow East home-sweet-home on Saturday, March 25. Just a hint were the floral petals creating a carpet of dazzling colors leading to Patron Party Co-Chair Sherwood’s chateau. But once inside and squeezed through the throng, the 100 guests … END_OF_DOCUMENT_TOKEN_TO_BE_REPLACED

As the near most perfect harvest moon rose like a magnificent balloon over North Texas with nary a cloud in sight, the Dallas Symphony Orchestra’s Denise McGovern’s tootsies were worn out from doing non-rain dance on Friday, September 16. Despite predictions of pop-up and cluster showers sprinkled rain in the territory, none were spilling over the Meyerson. Here was the … END_OF_DOCUMENT_TOKEN_TO_BE_REPLACED

Announcement receptions can be “Oh, we already knew that” for the guests. But the 2016 Dallas Symphony Orchestra Gala announcement on Monday, August 1, boded more ho-hum with loads of folks still on summer hiatus. Gee, you couldn’t blame ‘em as the temps were moving comfortably into the three-digit range. Ah, but then this wasn’t your typical announcement. Already … END_OF_DOCUMENT_TOKEN_TO_BE_REPLACED

Last night as most folks sweated in the first day of August, the 2016 Dallas Symphony Orchestra Gala hierarchy looked cool as they were updated at the Meyerson on plans for the Friday, September 16, black- tie reception, dinner, concert and after-party. More about the announcement party in days to come, but for now here's the news that was revealed. According to Gala … END_OF_DOCUMENT_TOKEN_TO_BE_REPLACED

Outside the Preston Hollow home of Sherwood Wagner early on Tuesday, April 26, the weather was still warm but dry ahead of the drenching that had been predicted for later. But, once inside Sherwood’s manse, some 150 guests were confronted with a sight that had them forgetting about the forecast: Just beyond the doors leading to Wagner’s yard, a huge, sky-high white tent had … END_OF_DOCUMENT_TOKEN_TO_BE_REPLACED 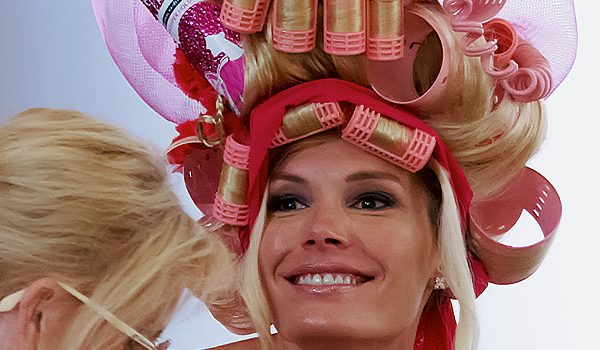 Not since the war between the States have two groups come face-to-face with such different views. That moment took place at the Women’s Council of the Dallas Arboretum’s 2016 Mad Hatter’s Tea and Luncheon on Thursday, April 21. On one hand, many guests looked as if they were attending the opening day at the Royal Ascot with dazzling hats. Robin Carreker, Connie … END_OF_DOCUMENT_TOKEN_TO_BE_REPLACED

Evidently good news doesn’t take the day off even for Presidents’ Day. With the Dallas Symphony Orchestra League’s Debutante Presentation Ball this Saturday, the Dallas Symphony Orchestra Gala Co-Chairs Marena and Roger Gault are breaking news about the DSO’s fall fundraiser plans. They’ve even tapped their best buddy Sherwood Wagner to serve as their honorary chair for … END_OF_DOCUMENT_TOKEN_TO_BE_REPLACED

Announcements are filling the evening air all over the place. Over at Brook Hollow Golf Club’s Oak Room, 2015 Mad Hatter’s Tea’s plans for the Dallas Arboretum fundraiser were revealed. More details will follow, but first, lock down the date — Thursday, April 9. Then the really big news is that Sharon Popham will chair the event with “French” on the mind. Serving as … END_OF_DOCUMENT_TOKEN_TO_BE_REPLACED