When Kim Noltemy arrived in North Texas to head up the Dallas Symphony Orchestra in January 2018, the DSO had had a rough few years beforehand. Bill Lively had resigned as CEO due to health concerns just four months after taking on the role of president and CEO in 2011. His successor Jonathan Martin lasted five years (2012-2017). That news coincided with DSO Maestro Jaap van … END_OF_DOCUMENT_TOKEN_TO_BE_REPLACED 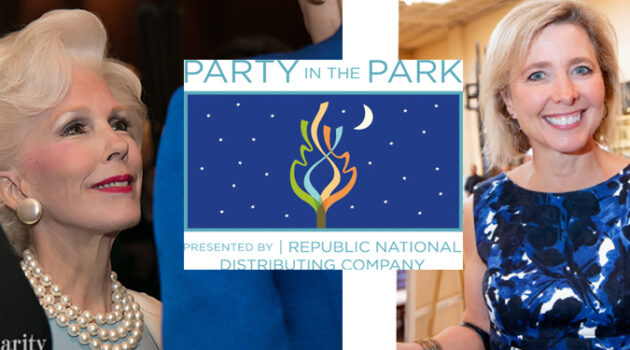 The next few days are going to be loaded with rain for North Texas. The good news? We need the rain. The not-so-good news? Trying to figure that one out, but do we really need a Noah’s Ark type flood? However, there’s a pot of gold at the end of the rainbow. This weekend (aka the end of the 2021 State Fair) is gonna be gangbusters! The temps are going to be in the 70s and … END_OF_DOCUMENT_TOKEN_TO_BE_REPLACED

Born in Germany on October 21, 1940, when the country was occupied by the Nazis and before the U.S. entered World War II, Helga Feldman had a childhood that was spent in an orphanage until “a beloved aunt rescued her and brought her to America, where Helga lived the American dream.” As a grownup she got a job and received a call one day from a gentleman who worked across the … END_OF_DOCUMENT_TOKEN_TO_BE_REPLACED

LATE UPDATE: 2020 Art Ball Chair Brian Bolke just sent word that the spring black-tie favorite Dallas Museum of Art fundraiser slated for Saturday, April 18, has been canceled. According to DMA Eugene McDermott Director Agustin Arteaga, "We are deeply indebted to Ball Chair Brian Bolke who brought a dynamic vision to this year’s gala. We are also appreciative of you, our … END_OF_DOCUMENT_TOKEN_TO_BE_REPLACED

In accordance with the state of emergency conditions announced last night prohibiting events with more than 500 people for seven days, the Dallas Symphony Orchestra has canceled all performances at the Meyerson through Sunday, March 22. According to Dallas Symphony Association Board of Governors Chair Sanjiv Yajnik, "As COVID-19 becomes an intensifying health concern, … END_OF_DOCUMENT_TOKEN_TO_BE_REPLACED

The Morton H. Meyerson is celebrating its 30th year of making beautiful music. Its creation as a “world-class hall” was the result of talented designers and dedicated philanthropists. Leading the philanthropic charge was Ross Perot Sr., who provided a hunk of change — a total of $14M to be exact. But this lead gift came with a stipulation and that was the naming rights. While … END_OF_DOCUMENT_TOKEN_TO_BE_REPLACED

While others are going through various forms of graduations and others are prepping for June weddings, Salvation Army of Dallas-Fort Worth Fashion Show and Luncheon Chair D’Andra Simmons is getting her swans in a row for 2017. She just reported that the annual luncheon/fashion extravaganza isn’t returning to Brook Hollow Golf Club nor to a hotel. Nope! Lady D’A is headed to … END_OF_DOCUMENT_TOKEN_TO_BE_REPLACED