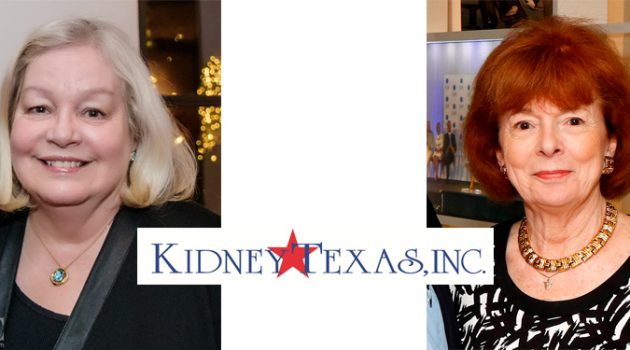 KidneyTexas’ 21st Annual Runway Report is in the final stages of virtually taking off at 11 a.m.on Tuesday, September 22, at North Texas homes and businesses. KidneyTexas President Sandy Secor and Luncheon Chair Sharon Ballew along with Honorary Chair Jolie Humphrey have just sent word on this year’s awardees and final details for the fundraiser. Receiving the Sue … END_OF_DOCUMENT_TOKEN_TO_BE_REPLACED

The good news is the daily numbers of COVID-19 cases and death are not as bad as a month ago. The not-so-good news is today’s update, with three cancellations of sizable fundraising events that like others were so dependent upon financial support. Even if the events are not taking place due to COVID-10 concerns, the organizations would be so grateful for a … END_OF_DOCUMENT_TOKEN_TO_BE_REPLACED

With all the challenges facing the healthcare world, Methodist Health System Foundation has achieved a major hurdle. It’s just completed its year-long $3.5M capital campaign for the Dr. Stephen and Marilyn Mansfield Oncology Unit at Methodist Charlton Medical Center. Scheduled to open next year, the new facility will “nearly double the capacity of patients treated each year … END_OF_DOCUMENT_TOKEN_TO_BE_REPLACED

The final push is on for today's North Texas Giving Tuesday Now with just six hours to go. Yipes! Having raised $13.5M for area nonprofits, this first ever and very needed 18-hour marathon is for organizations that have been victims of the COVID-19 pandemic, as well as those on the frontline battling the virus. The North Texas Food Bank that has been put to the test in the … END_OF_DOCUMENT_TOKEN_TO_BE_REPLACED

What’s proving to be more contagious than COVID-19? Generosity. While the North Texas Giving Tuesday Now tally board is rising, the Moody Foundation once again stepped up and added to its March million-dollar grants to “support both immediate basic needs and first responder assistance” in North Texas. They have just sent word that a total of $675,000 will be distributed to … END_OF_DOCUMENT_TOKEN_TO_BE_REPLACED

On the evening of Wednesday, September 4, Methodist Health System Foundation President Jim Johnston was talking with former Dallas Mayor Mike Rawlings at a patron party in the middle of The Library of Kathy and Harlan Crow. The reason Rawlings, Johnston and other guests were gathered in the library: the 61st Dallas mayor had been selected to receive the foundation's 2019 Robert … END_OF_DOCUMENT_TOKEN_TO_BE_REPLACED

Mike Rawlings may have officially left office as the mayor of Dallas on Monday, but his victory tour continues. Word just arrived from the Methodist Health System Foundation that Mike will receive the 2019 Robert S. Folsom Leadership Award on Friday, September 20, at the Hilton Anatole Grand Ballroom. Since its inception in 2005 only two Dallas mayors have received the award … END_OF_DOCUMENT_TOKEN_TO_BE_REPLACED

It's not every day that more than 35 North Texas nonprofits get grants and the chance to showcase their programs and offer volunteer opportunities. On Saturday, February 16, the Junior League of Dallas along with presenting sponsor Bank of Texas not did just that, but they held the day-long event at NorthPark Center! From the grant presentation in Neiman Marcus NorthPark's … END_OF_DOCUMENT_TOKEN_TO_BE_REPLACED

So who says that the Mansion on Turtle Creek has lost its luster? Evidently not from the Mercedes, Teslas, Lexuses and Rolls in the auto courtyard on Wednesday, January 30. It was strictly a fender-to-fender gathering with three high-power events taking place. While the Baker Botts legal eagles flew above the restaurant, the Methodist Health System Foundation's Eagle Society … END_OF_DOCUMENT_TOKEN_TO_BE_REPLACED