As the 2022 "Wild and Wonderful" Zoo to Do kicked off in picture-perfect weather on Saturday evening, November 5, at the Dallas Zoo, there was some sort of hiccup with the big trams that ferry the guests from the entryway through the tunnel and up to all the action. Luckily, Dallas Zoo President/CEO Gregg Hudson immediately was on his cellphone getting some small golf … END_OF_DOCUMENT_TOKEN_TO_BE_REPLACED

Leave it to those charging-ahead sisters Thella Bowens and Carolyn Jefferson to turn out people with zeal for The Stewpot Alliance's "Soup's On!" fundraiser on Tuesday, April 12. Their recipe for success was the area's most giving chefs sharing and souping their yummies in addition to having a hit-out-of-the-park speaker/FitMenCook founder/peanut butter loving Kevin Curry at … END_OF_DOCUMENT_TOKEN_TO_BE_REPLACED

While it was usually held in the chilly month of January, Soup's On Luncheon Co-Chairs Amy Hegi and Libby Hegi must have had an in with Mother Nature resulting in a chilly start on Thursday, February 20. With Chief Chef Brian Luscher ramrodding his team of chefs to serve up soup and Skid Row Running Club Founder/LA Superior Court Judge Craig Mitchell providing food for serious … END_OF_DOCUMENT_TOKEN_TO_BE_REPLACED 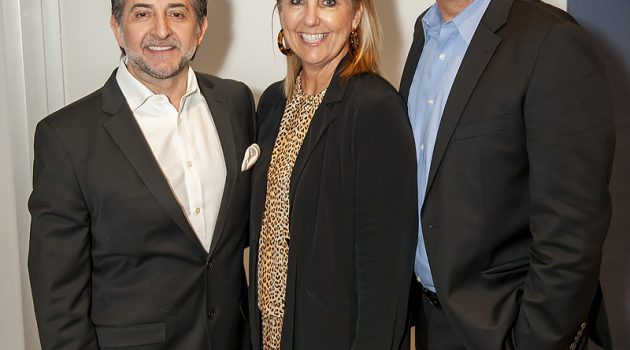 2020 Symphony Of Chefs Co-Chairs Amy Pratt and Dr. Tana P. and Tim Roberts along with Founding Event Co-Chairs Bonnie and Nathan Shea have announced plans for the 10th anniversary of the KidLinks fundraiser. The evening of cocktailing, wining, dining, desserting and music will take place on Monday, February 24, at Sixty Five Hundred with Anastacia Quiñones-Pittman … END_OF_DOCUMENT_TOKEN_TO_BE_REPLACED

Public relations gurus Lisa and Marvin Singleton had used all their talents and pull on Friday, September 20. Their goal was to negotiate with Mother Nature to shift the winds and drenching rains of Hurricane Imelda away from the Dallas Arboretum. After all, the Singletons didn't want Imelda to rain on their parade ... or rather, their 2019 Harvest fundraiser for the North … END_OF_DOCUMENT_TOKEN_TO_BE_REPLACED

When the celebrity chefs touted their "pre-orders" at the Dallas American Heart Association's 2019 Cotes du Coeur Fine Wine & Celebrity Chef Experience on Saturday, May 4, it wasn't said with boasting so much as with great pride. "Four hundred and 50 pre-ordered our dish," said Sevy's Grill's Jim "Sevy" Severson, referring to his Tender A Bar N Ranch Texas Wagyu Short … END_OF_DOCUMENT_TOKEN_TO_BE_REPLACED

More than 1,000 "hearty" types converged on the Omni Dallas Hotel for the 2019 Cotes du Coeur on Saturday, May 4. Some just loved the taste of the grape and others like heart transplant recipient Tim Gallagher loved the work of the American Heart Association Dallas Chapter. While the area’s top chefs wo/manned stations around the ballroom and bottles of vino were … END_OF_DOCUMENT_TOKEN_TO_BE_REPLACED

On Wednesday, April 17, Room To Grow Luncheon Co-Chairs Kristi Bare admitted that the night before she had had second thoughts about moving the Dec My Room fundraiser the next day. Originally scheduled at NorthPark’s Neiman Marcus Courtyard, they had heeded weather warnings and moved it indoor to the Center’s South Court. Now, as guests like … END_OF_DOCUMENT_TOKEN_TO_BE_REPLACED 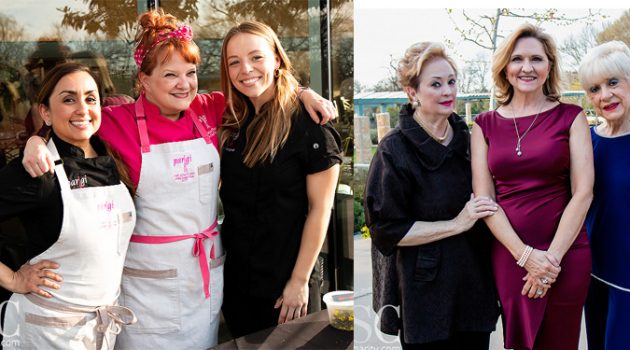 In the days leading up to Friday, March 22, weather guessers were rolling up their sleeves preparing for a rainy occasion. Little did they know that Dallas Arboretum President/CEO Mary Brinegar had made other arrangements. With After School Dallas taking place in Ginsburg Plaza and Rosine Hall and the seated dinner for the $500-per guest Vintner’s Dinner over at A … END_OF_DOCUMENT_TOKEN_TO_BE_REPLACED

There was a breakdown in communication for the 2019 Côtes du Coeur chefs reveal on Sunday, March 3, at Sub-Zero, Wolf and Cove Showroom on Lemon Avenue. The invitations read that the shindig sponsored by American Airlines started at 5 p.m. According to the valets, the contract stated 5:30 p.m. Normally, it wouldn’t have been that big a deal. But on this Sunday evening, the … END_OF_DOCUMENT_TOKEN_TO_BE_REPLACED

As the 2019 Paws Cause guests like Russell Dealey and Gigi Potter-Salley arrived at Jan Rees-Jones Animal Care Center on Sunday, January 27, they were immediately greeted by SPCA of Texas "mas-cat" Scooter and "mas-dog" Snip. But that was only the beginning of the night with the Rees-Jones Center's residents purr-fectly set up to try out for adoptions and steal hearts, as well … END_OF_DOCUMENT_TOKEN_TO_BE_REPLACED