Texas Comptroller Glenn Hegar and his wife Dara Hegar will be in Dallas on Saturday, September 26, at the Morton Meyerson. The reason? 2015 Dallas Symphony Orchestra AT&T Co-Chairs Jennifer and Coley Clark and Katherine and Key Coker have just revealed that the Hegars will be the honorary co-chairs for the Dallas Symphony Orchestra fundraiser. Before being … END_OF_DOCUMENT_TOKEN_TO_BE_REPLACED 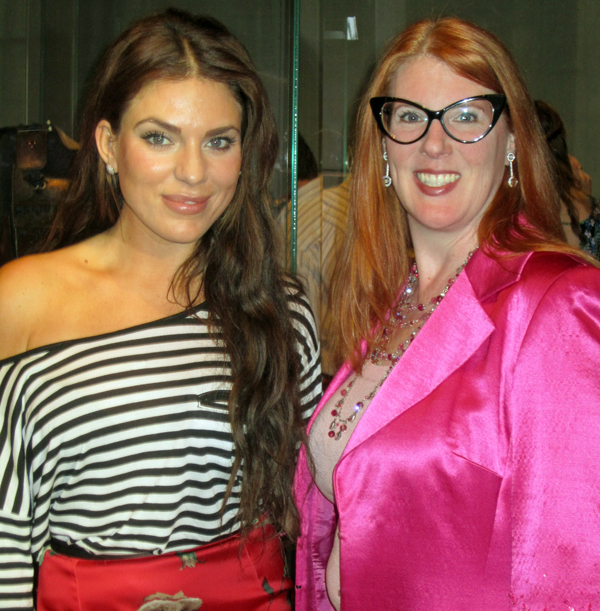 Surrounded by a collection of Samurai art inside the Ann & Gabriel Barbier-Mueller Museum, Anna-Sophia van Zweden told a crowd of 70 on June 5 that she would return for the fourth straight year to chair the after-party following the Dallas Symphony Orchestra AT&T Gala. “This year will be even more amazing than ever,” said Anna-Sophia, the daughter of DSO Music … END_OF_DOCUMENT_TOKEN_TO_BE_REPLACED

As anyone who just got off a plane at DFW International knows, the North Texas arts community is going through a challenging period. With beautiful facilities and extremely talented artisans, there is still the problem of upkeep. As one very wealthy fella said about buying a eight-figure estate in the early part of the century, "It's not buying the place. It's the upkeep that … END_OF_DOCUMENT_TOKEN_TO_BE_REPLACED

If you happen to run into 44-year-old, world-famous violinist/cutie Joshua Bell (his performance in Monte Carlo made Anna-Sophia van Zweden cry), please don't ask him about his performance with his beloved Stradivarius in the subway system of Washington D.C. Yes, it won a Pulitzer for the Washington Post's Gene Weingarten, but it also followed poor Joshua around the world with … END_OF_DOCUMENT_TOKEN_TO_BE_REPLACED

Guess the reunion of Barbara Daseke and Todd Fiscus has made the season's first black tie fundraiser a done deal for this Saturday. The lucky 500+ who have tickets for the Dallas Symphony Orchestra AT&T Gala will discover what these two have whipped up.It was back in February that they created a circus extravaganza at the Meyerson for Ebby Halliday's 100th birthday … END_OF_DOCUMENT_TOKEN_TO_BE_REPLACED

You've got to hand it to the Dallas Symphony Orchestra AT&T Gala crowd. They know how to prepare for the Saturday, September 17th gala. Since they have Todd Fiscus and his merry staff putting all the magic together to transform the Meyerson for the big night, they're in other parts of the world getting in shape.DSO Gala chairs Barbara and Don Daseke have been hiking around … END_OF_DOCUMENT_TOKEN_TO_BE_REPLACED