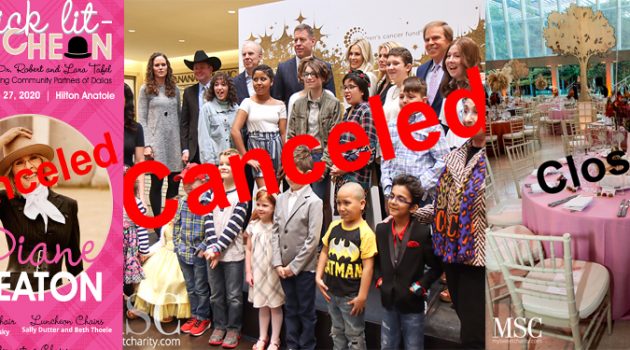 LATE UPDATE: 2020 Art Ball Chair Brian Bolke just sent word that the spring black-tie favorite Dallas Museum of Art fundraiser slated for Saturday, April 18, has been canceled. According to DMA Eugene McDermott Director Agustin Arteaga, "We are deeply indebted to Ball Chair Brian Bolke who brought a dynamic vision to this year’s gala. We are also appreciative of you, our … END_OF_DOCUMENT_TOKEN_TO_BE_REPLACED

While the Dallas Zoo and the Children's Aquarium at Fair Park are closed until Friday, March 20, Dallas Arboretum VP Terry Lendecker reports that  "based on guidance from the Centers for Disease Control (CDC), the World Health Organization and applicable public health agencies, we've developed plans that will allow us to respond timely." Those plans include the … END_OF_DOCUMENT_TOKEN_TO_BE_REPLACED