According to Media Projects Inc. Co-Founder Cynthia Salzman Mondell, What do you do when a Pandemic shuts down your long-planned film programs and leaves you in the dark? We at Media Projects turned on the lights and persevered. Since March, over 45,000 people have seen our films. And so more people could view them, we donated 52 copies to the Dallas Public … END_OF_DOCUMENT_TOKEN_TO_BE_REPLACED

Mackenzie Phillips’ life would make today’s reality TV look downright ho-hum. Even from birth, she was in the celebrity universe. Her father was the Mamas and Papas’ John Phillips. Just 12 years later she showed her own talents as the scene-stealing, bratty teenager in “American Graffiti” who hitched rides with Paul Le Mat. That was followed with a number of TV roles until … END_OF_DOCUMENT_TOKEN_TO_BE_REPLACED

The 2020 Celebrating Women Luncheon’s invite-only, virtual kick-off today sponsored by US Radiology Specialists and Touchstone Medical Imaging was a feast of information for the 200 committee members. Luncheon Chair Peggy Meyer led off announcing that the keynote speaker for the virtual luncheon on Wednesday, October 28, would be a ten-time Daytime Emmy® Award winner, … END_OF_DOCUMENT_TOKEN_TO_BE_REPLACED

In exactly two months Texas Women’s Foundation will hold its 35th Annual Luncheon virtually co-chaired by Bonnie Clinton and Cynt Marshall and presented by Toyota and powered by The Dallas Mavericks. That means anyone anywhere can attend without having to budge from their keyboard. TWF CEO/President Ros Dawson Thompson just announced the Target-sponsored guest speaker for the … END_OF_DOCUMENT_TOKEN_TO_BE_REPLACED

According to My Possibilities Executive Director Michael Thomas, My Possibilities’ mission is to courageously and relentlessly pursue the full, untapped possibilities of our Hugely Important People, HIPsters, making every day count. Our special events help us raise the necessary funds to provide educational and vocational programming for our HIPsters. When COVID-19 put … END_OF_DOCUMENT_TOKEN_TO_BE_REPLACED

Remember when you were out and about with your pals at fundraisers having photos taken and doing selfies? Sure, you do. Some shots made you look terrific and others had you looking like you were in a police lineup. Why not take some time off from being a social-distancing Spartan and have some fun by brushing up on your photogenic skills? Did you know the perfect spot to be in … END_OF_DOCUMENT_TOKEN_TO_BE_REPLACED

After weeks and months of the 2019 Crystal Charity Ball committee buzzing about to raise funds for its nonprofit beneficiaries for Dallas County children, it was time to celebrate the "CCB first gents (aka husbands)." 2018 CCB Chair Claire Emanuelson and 2018 CCB First Gent/Claire's husband Dwight Emanuelson and BB&T Dallas President Rob Bowlby coordinated their schedules … END_OF_DOCUMENT_TOKEN_TO_BE_REPLACED 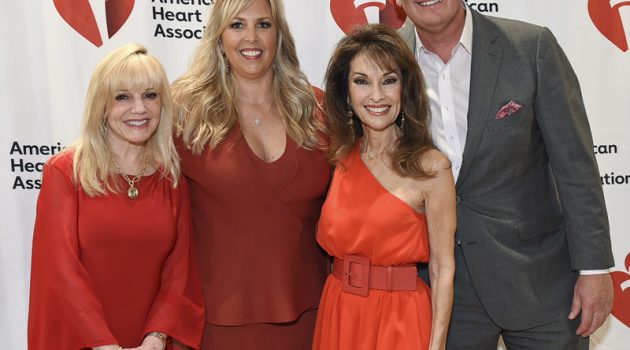 "All My Children"'s Erica may have been the legendary bad girl of soap operas, but her alter ego Susan Lucci was a charming, compassionate and committed advocate for the American Heart Association on Monday, October 29, at "An Evening With Susan Lucci" in Stacey and Dave Johnson's home. In a conversation with WFAA-CH.'s Teresa Woodard, Susan shared news about an episode that … END_OF_DOCUMENT_TOKEN_TO_BE_REPLACED

Before everybody hits the road for the holiday, the Genesis Women’s Shelter crew decided to provide a a conversation piece for Thanksgiving dinners. The 27th Annual Genesis Luncheon Chair Leigh Anne Haugh just sent word that on Friday, May 8, Academy Award-winning Nicole Kidman will be the keynote speaker at the Hilton Anatole. Having started her career at the ripe … END_OF_DOCUMENT_TOKEN_TO_BE_REPLACED

KERA's retiring President/CEO Mary Anne Alhadeff had hardly picked up her Obelisk Lifetime Achievement Award and cleaned out her desk when her successor was named — Kansas City NPR member station KCUR's General Manager Nico Leone, who has made a name for"expanding newsroom resources and promoting collaborative journalism." According to KERA, "Leone, 43, says he took … END_OF_DOCUMENT_TOKEN_TO_BE_REPLACED

Leslie Ann Crozier and Katherine Wynne have a double doozy of a win for Tuesday night’s Triumph Over Alzheimer’s Forum and Dinner at the Bush Center. First of all, it seems that Leslie has become a good friend of Mariel Hemingway, who years ago had had a Dallas restaurant named after her — Sam’s Cafe — when her former husband, Stephen Crisman, was serving up … END_OF_DOCUMENT_TOKEN_TO_BE_REPLACED