According to Camp Summit’s Marketing and Public Relations Manager Marissa Hoiles, “Well, it’s oh-fish-ial, Camp Summit has participated in North Texas Giving Day since it began in 2009. NTGD has helped Camp Summit raise over $300,000 in the last 12 years. This has made camp possible for campers of all ages, and disabilities! It helped bring new programs like pickleball and … END_OF_DOCUMENT_TOKEN_TO_BE_REPLACED

According to SONshine Center Assistant Director Jaime Gough, “Ensuring that special needs adults have a safe and fun environment to learn, participate in a variety of activities, and socialize is of vital importance to help them gain independence, feel valued and reach their full potential! The SONshine Center is a Monday – Friday day program for adults with special needs. … END_OF_DOCUMENT_TOKEN_TO_BE_REPLACED 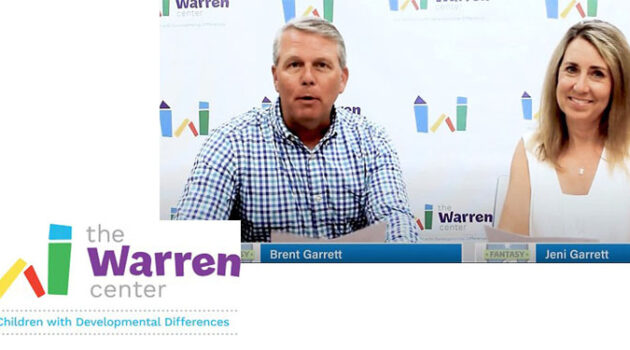 According to Fantasy Football Co-Chairs Jeni and Brent Garrett and Phyllis and Jim Stone, “Put your game face on and get ready for some football at The Warren Center’s largest fundraising event of the year – Fantasy Football Draft Night – on Friday, August 19, from 6:00 p.m. to 10: 30 p.m. at the Westin Galleria Dallas. “Huddle up with your friends to draft your own … END_OF_DOCUMENT_TOKEN_TO_BE_REPLACED 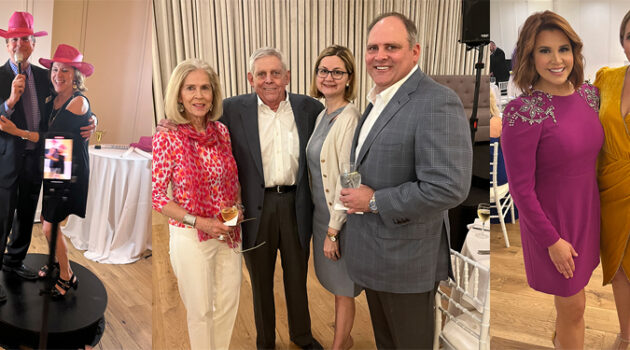 2021/2022 Vine And Dine Co-Chairs Kara Sewell and Kimber Westphall weren't going to let the pandemic restrictions and February's ice story prevent them from holding their Ability Connection fundraiser. So, they just moved their "A Night In Napa" to Thursday, April 14. But instead of heading west to California's Napa Valley, they brought Napa to The Hall on Dragon complete with … END_OF_DOCUMENT_TOKEN_TO_BE_REPLACED

Starbucks and Drip may not be aware, but there’s a new coffee shop in North Texas. It’s called Scottie Joe’s and is the result of a partnership of Highland Park High School and Credit Union of Texas (CUTX). This student-run coffee shop is an interesting undertaking allowing juniors and seniors to have a hands-on experience of running a business. While students in the … END_OF_DOCUMENT_TOKEN_TO_BE_REPLACED

There's a good chance that you've attended a wedding during which "Wedding Song (There Is Love)" was played. For the AARP crowd they'll probably recall hearing it for the first time in early 1970s. Written by Noel Paul Stookey, a year later the song rose to even greater popularity when British songbird Petula Clark recorded it. Interestingly, the song was first performed by … END_OF_DOCUMENT_TOKEN_TO_BE_REPLACED 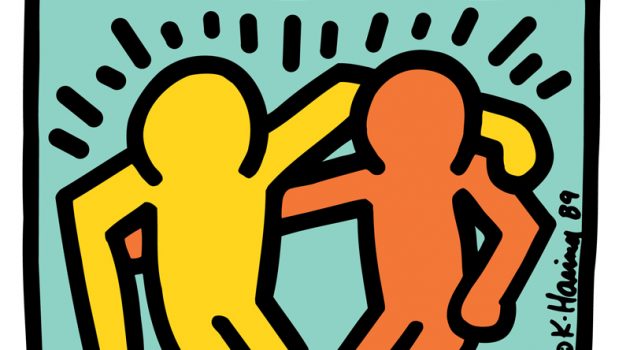 Wednesday night the sky should be clear and ideal for the Bank of America Plaza and One AT&T Plaza/Whitacre Tower to glow in purple to commemorate March as Best Buddies Month. The lighting will also signal the launch of Dallas Best Buddies’ “Give Light to Inclusion” campaign to “encourage Dallas-area businesses and communities to take steps toward inclusive practices … END_OF_DOCUMENT_TOKEN_TO_BE_REPLACED

Well, it appears that Mother Nature got the best of tonight’s Vine and Dine. Despite yesterday's claim to carry on and the best efforts of the Ability Connection fundraiser organizers, the day's treacherous conditions of frigid temperatures and icy roads forced the last-minute postponement of the event scheduled to take place at The Hall On Dragon. While the news is … END_OF_DOCUMENT_TOKEN_TO_BE_REPLACED

Despite today’s freezing temperatures, the 2022 Vine And Dine’s “A Night In Napa” is all systems go for the Ability Connection fundraiser Thursday night at The Hall on Dragon. To gin up the excitement of the night's live auction, organizers have had the luxury packages previewed  online . While the goodies range from NorthPark’s Eataly cooking class and spa treatments … END_OF_DOCUMENT_TOKEN_TO_BE_REPLACED

It was back in 2008 when Charmaine Solomon and two other mothers with youngsters “graduating” from high school discovered that there “was nothing in North Texas that provided quality, full-time continued education for their children’s unique needs." Thanks to the moms rallying the community, My Possibilities was established in June 2008 to help adults with intellectual … END_OF_DOCUMENT_TOKEN_TO_BE_REPLACED