On Friday, April 21, the annual Chick Lit Luncheon became the scene of two social earthquakes that split the Anatole’s Grand Ballroom. But more about that later. First, let’s set the scene.

To kick off the Community Partners of Dallas fundraiser, the VIP reception was held in the Plum Blossom Room and, thanks to hosts Nancy and Richard Rogers, guests celebrated with Cristal Champagne. At the opening there were grand silver punch bowls filled with the elite champagne bottles chilling in ice. By the time the chimes called the guests to the luncheon, only a trio of partially filled bottles remained.

As the guests literally filled the grand ballroom, Bethenny was whisked off to a private spot for some quiet time. But little did anyone know that in the hour and a half to come, the grand ballroom would be the scene of two distinctly different attitudes.

Some claimed it was a generational separation. One guest snorted, “It’s those millennials!” Another declared the other side of the great divide to be behind the times. It was just that “the times they are a-changin‘” for the decade-old luncheon featuring authors.

Last year’s move to the Anatole with Tim Gunn charming one and all in an on-stage chat had shifted the program to a new level. It was like moving from grade school to high school, from Shirley Temples to Cosmopolitans or from Boy Scouts Camp to Quantico.

But when the announcement of Bethenny’s being the keynoter came, lovers of reality TV were ecstatic. For them, it was like having the Pope serve mass at the local parish. For those who only considered the word “Bravo” to be what was said after a stellar performance, Bethenny was a rather unknown commodity. Didn’t matter. The Chick Lit Luncheon had always been fun and a fundraiser for a good cause.

Still, there were warnings that Bethenny might raise some eyebrows and that the uneducated might need to be forewarned and study up on the Skinnygirl.

Despite warnings that Bethenny was not your same-old, same-old, CPD loyalists signed on. In the meantime, new world reality TV lovers bought in with hopes of a “tell-it-like-it-is” presentation.

So, what happened? Well, the first “earthquake” took place before Bethenny ever arrived on stage.

To kick things off, CPD President/CEO Paige McDaniel presented the 2017 Partners for Children Award to Mary Ella Bitzer representing The Bitzer and Needleman Families and Peacock Alley. Unfortunately, whether it was due to poor acoustics or to all the chatter in the room, the presentation seemed to take place without much fanfare.

When Dallas District Attorney Faith Johnson provided the invocation, she was heard throughout, thanks to the lack of talking. But the chitchat kicked back in once Paige returned to the podium, and the first of the divides created a Grand Canyon among the guests. Looking like unhappy emojis, some strained to hear Paige, while others held steroid conversation to such a point that even those frowny-faced guests close to the stage had to rely on lip reading to “hear” Paige talk about the importance of the organization’s annual Christmas toy drive and how Peacock Alley had supported it. Some tried to silence the chatterboxes by clanging their silverware on their glassware, but even that couldn’t be heard above the racket. Perhaps the talkative guests had never attended a fundraiser before?

What made it more obvious was how the room went into a vacuum state of silence after Community Partners of Dallas Board Member Greg Nieberding introduced Bethenny and she arrived on stage. How quiet? At one point in her talk, a cell phone in the room rang and Bethenny interrupted her talk saying, “Somebody need to take a call?”

The svelte brunette, who had risen to fame thanks to reality TV and her “Skinnygirl” business empire, was both charming and disarming. On one hand, she couldn’t have been more upbeat and complimentary about North Texas women and the CPD. She even did a shout-out to “my friend Fancy Nancy Rogers” at a front row table with pals Dallas Snadon, Leisa Street, Michael Flores, Cindy Rachofsky and Niven Morgan and Shelby Wagner.

On the other, she raised even the most heavily Botoxed brows with comments about “guano” (she didn’t use that word) and describing rich Dallas women as having Texas tea flowing from a particular body part (she put it much more colorfully). If you don’t get it, ask one of the thousand-plus who were there. They’re bound to recall the exact words.

Some of the highlights of Bethenny’s talk included:

Bethenny lived up to her honest, no-holds barred comments about her life, both past and present. She was true to herself. Some loved her words; some were perturbed by her presentation. Hey, when you go to a Mexican food restaurant, you can’t expect meat loaf to be the featured item on the menu. 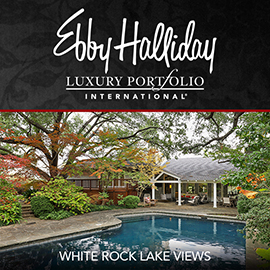