Mission Ole! Event Co-chair Dawn Weeks Spalding proved it helps to have connections Saturday night. It must have worked because before the first guests arrived, they were $20,000 ahead of last year’s event benefiting the Trinity River Mission.

First they wisely got Laurie Sands Harrison to host the event for 250 at her home. In turn, she arranged for her mother Caroline Rose Hunt to serve as the honorary chair for the fundraiser. Laurie must also have had some type of favor exchange with Mom Nature because the weather was perfect allowing Laura to make full use of the back grounds — high round tables set

up around the pool, round dinner tables set up under mammoth trees and jazz harpist  Carlos Guedes playing.

Then there was the live auction chaired by Jenna Turner Alexander. First she called in her bud Brendan Higgins to emcee the auction. Nice move. The live auction alone brought in $40,000. Course, it didn’t hurt to have a last minute donation of a four-night-stay in a Las Ventanas penthouse provided anonymously the day before. Last year’s co-chair Gail Fischer and her husband Cliff won that one.

Of course, it didn’t hurt for Jenna to have her parents Julie and Jim Turner donate a Rangers playoff package.

But not all the action was limited to the bidding area. While Wendy Krispin was cooking up a storm in both the indoor and outdoor kitchens, the guests were chatting about the Charles Wyly Celebration of Life earlier in the day at the Wylys’ home. . . Allan McBee was recalling his morning jumping out of a plane. He had been one of the Senior Source skydiving jumpers earlier in the day at Whitewright. . . Paige McDaniel and

Joanna Clarke were wide-eyed and open-mouthed hearing about the Celebrity Waiter Luncheon tales from Mission Ole! Auction Chair/Celebrity Waiter Luncheon Co-chair Maggie Kipp. Whatever she told them, it must have been great because they were already asking how to sign up for seats next year. . . BTW, Maggie and her CWL Co-chair Shay Geyer have already agreed to chair the luncheon next year.  Maggie admitted that this year’s event was a tad bit crowded. Seems the original plan was to use the entire Ritz ballroom, but at the last minute they had to reduce the size so hockey star Mike Modano could have a spot for his retirement press conference. . . Honorary Chair Caroline was tableside with Catherine Jean Phillips, who is the niece of the late Jean Howard. If Jean’s name isn’t at the front of your thinking machine, scratch it and look under Hollywood socialite/actress/photographer. After a brief career as a Goldwyn Girl , the Longview-born Jean married producer Charles Feldman (“The Seven Year Itch,” “The Glass Menagerie,” “A Streetcar Named Desire,” “Walk on the Wild Side,” “The Group,” “Casino Royale” and many more). It was during the 40’s and 50’s that she started taking photos at parties and celeb gatherings with such guests as Tyrone Power, Gene Tierney, Richard Burton, Cole Porter, Judy Garland, Hedy LaMarr, Jennifer Jones, etc. In 198 at the age of 79, her photos were published in “Jean Howard’s Hollywood” as a tribute to Hollywood’s golden era.

In addition to having a sale of Jean’s haute couture collection on Oct. 12-14 at the Phillips’ home benefiting impoverished schoolchildren, Catherine is working with bon vivant Nicky Haslam on a bio about her aunt based on 50 taped conversations.

When the guests finally sauntered to their cars, they discovered gift bags. No big surprise. Lots of events have gift bags, but these were a little different. Inside the orange, white and green IBB Design shopping bag were a number of things. In addition to glamorama gift certificates, there was a flyer from Trinity River Mission reminding guests to order pork and chicken tamales ($10 a dozen) by Monday, October 2, for pickup between November 7-16. Now to newcomers this may seem a little odd, but holiday veterans know that tamales are synonymous with the holidays like eggs are at Easter time. If you want to support Trinity River Mission and have tamales galore, just call Gabriela at 214.744.6774 Ext. 104/

“Thank you for supporting TRM. At TRM I am a reading buddie. When I grow up I would like to be a researcher. Plant your seed and watch me grow.” 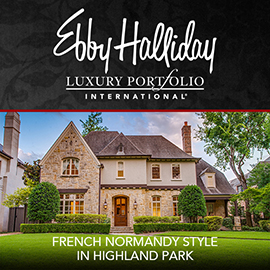