They did it again! Despite the frustration and challenges presented by the teeth-gnashing economy, the TACA team raised $1 million for area art groups this past year. To celebrate the feat, they played Santa Monday night at the Wyly handing out grants.

The recipients knew they were going to pick up a check, but they didn’t know the figure on it. The biggest one went to the Dallas Theater Center — $100,000. It was obvious from DTC’s Kevin Moriarty‘s (pictured) expression that he was pleased as punch! but then they all were pretty dog-gone thrilled with these late Christmas gifts.

“We are so pleased to have met our goal of distributing a million dollars for the fourth consecutive year,” said Lynn McBee (pictured), chairman of TACA’s 2009 and 2010 Board of Directors.  “This accomplishment is indicative of the extraordinary commitment the many individuals, companies and foundations have toward our performing arts community.”

It’s been under Lynn leadership that TACA has met its million-dollar goal for two very tough years.

Despite playing Mother Claus, Lynn had a little problem on her hands. While she was doling out money for TACA, her other pet project, The Trinity Trust, was lighting up the Margaret Hunt Hill Bridge in blue and white as part of Super Bowl Week. For once, Lynn couldn’t be in two place at one time. So, husband Allan was recruited to help light the bridge.

In addition to doling out the dough, award-winning actor/playwright/educator Will Power (pictured) entertained the assembled group along with the Booker T. Washington High School for the Performing and Visual Arts, Dallas Black Dane Theatre, Dallas Theater Center and Children’s Chorus of Greater Dallas.

(While MySweetCharity is not a critic, the opening performance by Dallas Black Dance Theatre’s Nycole Ray was amazing. The fragrance of baby powder was everywhere. If you don’t understand, ask someone who attended the presentation.)

According to organizers, “TACA’s grants will help support more than 4,648 performances that approximately 1.3 million people will attend.”

Grants were distributed to the following groups:

“Hitting the $1 million mark four years running is great incentive as we embark on a new fundraising year,” said Andrew Teller Jr. (pictured), chairman of TACA’s 2011 Board of Directors.  “TACA and its supporters remain steadfast to the mission of sustaining a vibrant performing arts community for North Texas.”

Andy also heads up RBC Wealth Management which has been a major supporter of TACA. According to New York-born Andy, that support will continue. 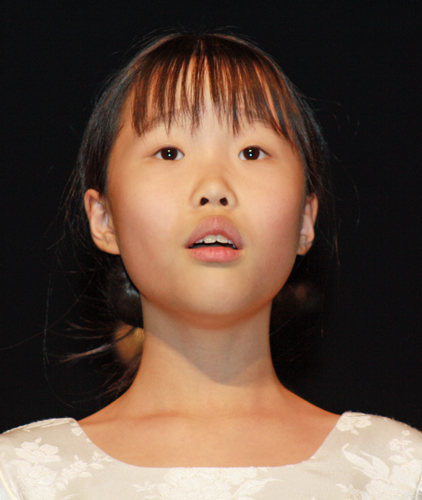 Before the audience was invited on stage to celebrate the evening’s distribution, the Children’s Chorus of Greater Dallas entered the Wyly and surrounded the crowd to perform The Lark. Seemed a little ironic that the closing act was a taste of the future talent (pictured) within the community that has thrived thanks to TACA.